Rabaul is a township in East New Britain province, Papua New Guinea. It was once known as the jewel of the pacific. And it is not hard to see why, set on the slopes of an active volcano, the glittering waters of the caldera below. There is some great diving in Rabaul and there used to be an active diving industry here.

However, it was the volcano that was the undoing of Rabaul. The town was the capital of the province until it was destroyed in 1994 by falling ash of a volcanic eruption. During the eruption, ash was sent thousands of metres into the air and the subsequent rain of ash caused 80% of the buildings in Rabaul to collapse.

After the eruption the capital was moved to Kokopo, about 20 kilometres away. But it has the appearance of a dirty shanty town. The volcano still rains metres of ash on the area on a daily basis, giving the town a weird ghost like feeling, Rabaul has not yet recovered it’s glory or beauty and I doubt it ever really will. 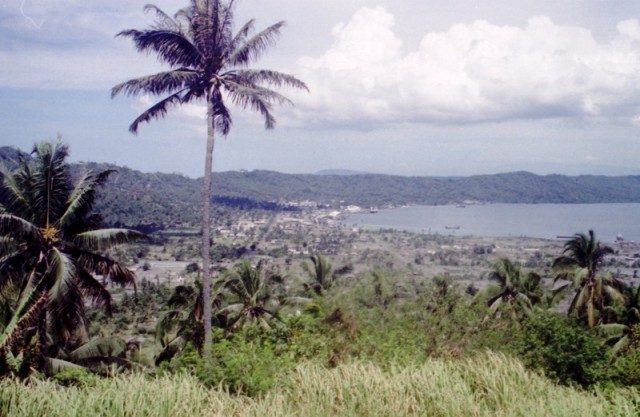