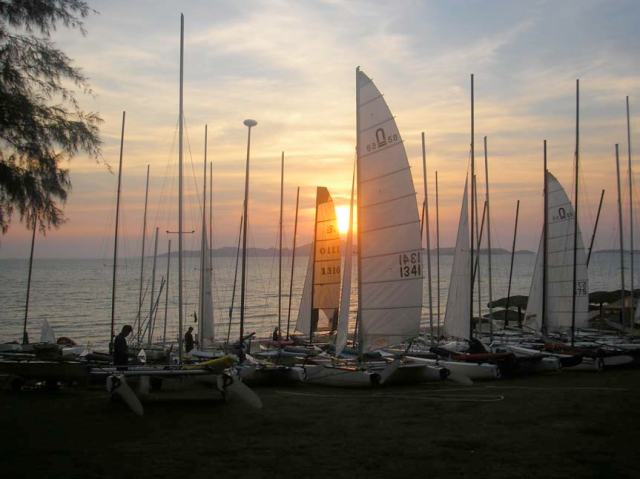 Royal Varuna Yacht Club is really more of a dingy sailing club, but is a very nice option to practise your sailing skills or laze about for a few days. It’s location is Pratumnak Hill, in between South Pattaya and Jomtiem beaches. Members of the club come from all walks of life and very many different nationalities. Weekends are always busy as many Thai and expats travel down with their families on the weekends. During the European winter there is a fair contingent of folk avoiding the harsh European winters.

The have a large number of boats and races every weekend. If you do not own a boat you can volunteer to crew with someone who does or hire a boat. They have Optimists, Lasers, Hobie Cats and Nacra Cats for hire. Facilities include accommodation, a swimming pool, function room, excellent kitchen and a chandlery .

The club also hosts regular Sailing courses including hosting the New International School of Thailand (NIST) who have a sailing camps for year 8 or year 9 students each year. There’s also some golf courses nearby for there is little wind.

Founded in 1957, originally the club was sited in South Pattaya, and enjoyed visits of of the Royal Family, including His Majesty the King whom participated with enthusiasm in club events, having been introduced to the sport by Prince Bhisadej. The great highlight for the Club was April 26, 1965, when His Majesty the King bestowed Royal Patronage and the Varuna Marine Club became the Royal Varuna Yacht Club. The new clubhouse was formally opened in 2003 by Crown Prince Maha Vajiralongkorn.

Current members of other sailing clubs may be able to obtain a temporary membership, contact the club for more details. http://www.varuna.org/ 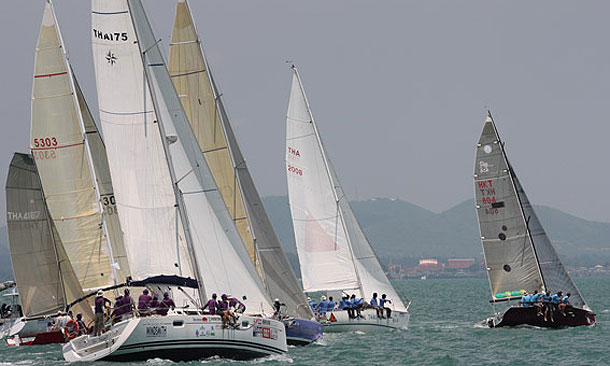