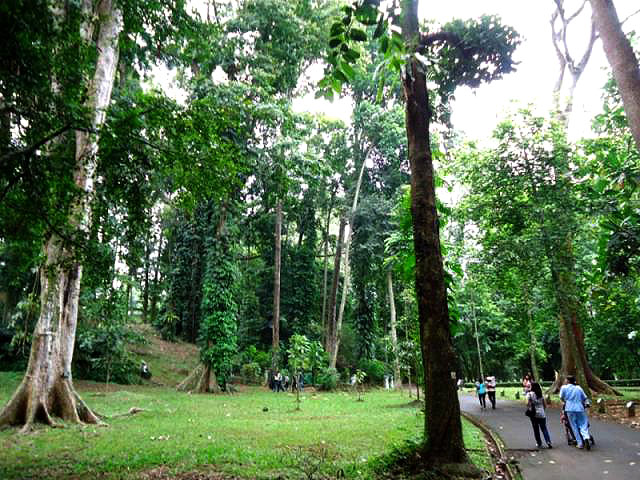 Kebun Raya Bogor or the Bogor Botanical Gardens are an excellent and reasonably well maintained botanic gardens in Bogor, an hour south of Jakarta housing more than 15,000 species of plants and trees, including the disgustingly smelly and large Amorphophallus titanum, Rafflesia arnoldii and Rafflesia padma. They cover an extensive 80 hectares or so and have a number of smaller gardens within. Established by the Dutch East India Company in 1744 but officially opened in 1817 as the National Botanical Gardens it is apparently located on a site that was once a samida (human made forest) built during the Sunda Kingdom at the turn of the 16th Century.

The gardens house an orchid collection, a lily pond, the Teysmann Garden, which is a formal garden in the neatly maintained symmetrical European style and the Bogor Zoological Museum.

Perfect for a quiet stroll away from the bustle of the snarling traffic or bring a class of students here to discover the wonder of botany! They are also perfect for bird watching have around 40 species of birds and bats that have also made this place their homes.

I don’t recall the entry price, but I’m sure it is very low. There are some ice-cream vendors inside and one or two cafes but the food options are minimal, so it’s best to bring your own! It gets very busy on weekends. Be warned though, parking nearby is tricky. 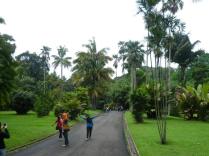 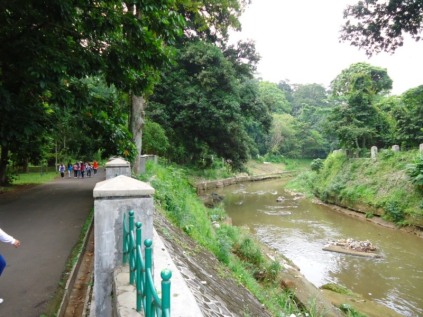 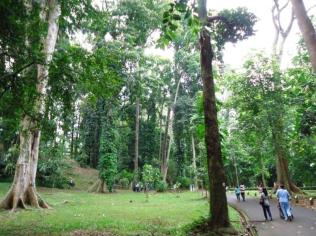 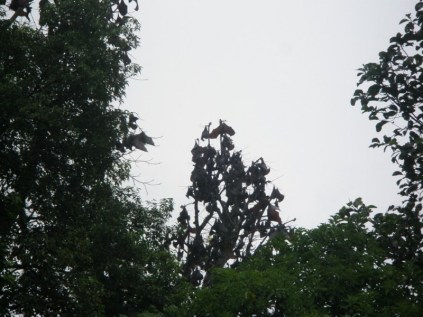 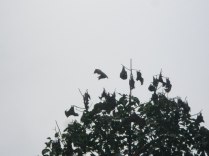 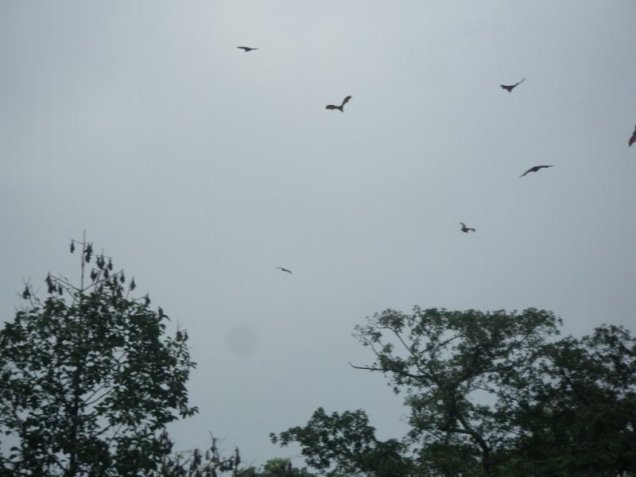 A large number of bats have settled in the gardens, usually this can be a burden on botanical gardens because large numbers of bats can cause environmental damage on the trees. (as well as being loud, smelly and messy).

Snake owners often meet in the gardens and wander around together.

The Teijsmann Garden and the Lily Garden

Johannes Elias Teijsmann (1808—1882) was a botanist and plant collector, who travelled to Java in 1830, he become curator of these gardens, formerly known as the Buitenzorg Botanic Gardens. Teijsmann died in 1882 in Buitenzorg (now Bogor); in recognition of his great service to “‘s Lands Plantentuin” (National Botanical Garden), a small monument was erected for him by his colleagues soon after his death in what is now called the Medan Teijsmann in the Garden (Kebun Raya Bogor).

In 1928, the Astrid Avenue, which contains spectacular display of canna lilies of various colors, was established on the eastern side of the gardens in memory of a visit by Princess Astrid of Belgium. 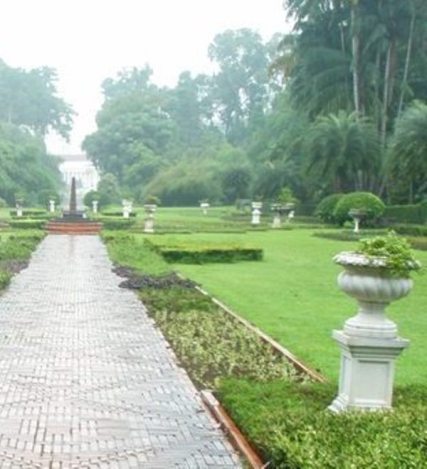 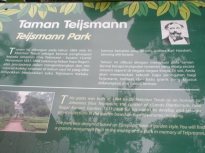 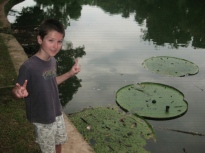 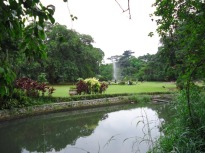 The Botanical Gardens are reasonably well signposted and labelled, in Bahasa Indonesian. (including warnings about plants that may cause itches) And are located next to the Indonesian Presidential Palace, where you can also see a large number of deer.