Conservation: Releasing Hawkesbill Turtles into the wild at Sunset 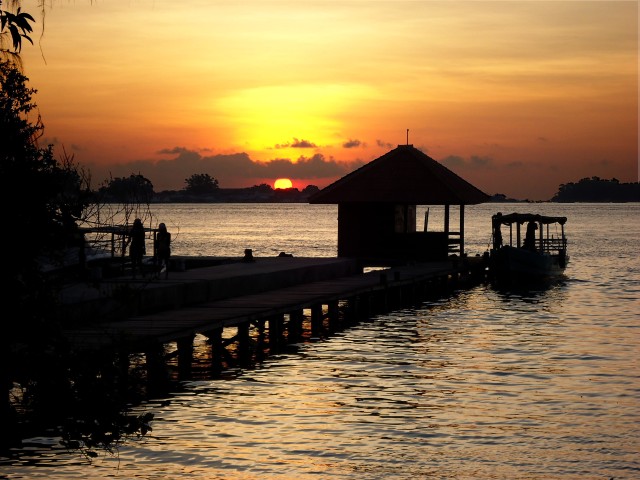 The hawksbill sea turtle (Eretmochelys imbricata) is a critically endangered sea turtle belonging to the family Cheloniidae. It is the only extant species in its genus. The species has a worldwide distribution, with Atlantic and Pacific subspecies. Human fishing practices threaten E. imbricata populations with extinction. (Turtle soup is a Balinese delicacy and fishing nets often inadvertently catch and drown turtles. The World Conservation Union classifies the hawksbill as critically endangered.

School groups are often invited to tour the sea turtle conservation programmes in Palau Seribu which involve the release of a number of hatchlings, which must be done at sunset, in order that the young sea turtles can safely make it to the waters edge and then swim away before predatory birds spot them for dinner!

Since January this year, they have found/rescued 11 sea turtle nests, 6 from Pramuka Island & 5 from Karang Beras Island. (because dogs, cats and humans will eat the turtle eggs if they find them!) Which is good news because Sea Turtles are finding their way back to Pramuka Island, but the bad news is that the locals plan to build a concrete retaining wall to keep the sea back, but will also keep the Sea Turtles out. Given that Sea Turtles only lay eggs on the same location that they were born at, this could mean the end of Sea Turtles on Pramuka Island!

4 Responses to Conservation: Releasing Hawkesbill Turtles into the wild at Sunset